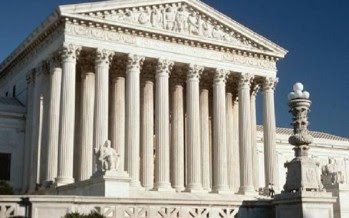 Educators 4 Excellence is an organization I admire and since their inception both their mission and vision have been clear: to elevate the voices of teachers, help them to become leaders, and ensure that student outcomes are a primary focus. The exact language is here:
To ensure that the voices of classroom teachers are included in the decisions that affect our profession and our students. E4E envisions an elevated, prestigious teaching profession in which educators are leaders both in and outside of their classrooms to drive positive outcomes for students.

E4E recently issued a public statement announcing that they would not be supporting veteran teacher Rebecca Friedrichs and her co-plaintiffs in the case headed to the Supreme Court this week and truth be told, my initial reaction was fury. Having seen first hand the brokenness of the current teachers’ union model, it seemed incomprehensible to me that an organization trying to bring about important and much needed change for teachers and kids would acquiesce to a position that was aligned with the NEA and AFT.

Their strategic decision to co-host a town hall by phone on January 5th with Randi Weingarten, president of the AFT, was equally maddening, but also intriguing. So, I registered to be on the 60 minute call; all I knew was that they’d be discussing the Friedrichs case. The call was “open” to the public via a registration link on their website and nothing in the registration process indicated that this public forum was “off the record”. I assumed their teacher members and others on the call were free to discuss and share what they heard. I was mistaken.

I have since learned that both E4E and Randi Weingarten intended for the call to be “off the record.” Despite my misgivings about a public call being “off the record” and despite Randi’s self proclaimed love for all things transparent, I’ve decided to honor the request and not discuss the content of the call.

Surely they have a reason
Prior to the call and in a press release still posted at their website, E4E shared out results from a poll they did with their members; they contend that the results of this poll are what led them to their official position against the Friedrichs plaintiffs. But according to that poll, only 17 percent of E4E members reported even being “aware” of the Friedrichs case although 55 percent said they “support public employees paying fair share fees.” But E4E didn’t ask about non-members being forced to pay, didn’t ensure that those surveyed knew what “fair share fees” even are, and didn’t explain the merits of the case to those surveyed.

So their claim that their members are overwhelmingly against Friedrichs seems to be on pretty shaky ground. A third of those polled said they’d rather learn more about the case before weighing in and that—coupled with less than 20 percent of members having any awareness of the case—certainly belies any claim that their members have overwhelmingly come down against Friedrichs. On the contrary, it seems to be a wide-open question.

In contrast, the question seems far more settled when it comes to the public at large or even the teachers as a whole. According to the Wall Street Journal on July 15, 2015, Education Next conducted a poll to see where the public and teachers specifically come down on the central issue driving the Friedrichs case.

Only 34% of the public support agency fees, while 43% oppose them. The remaining 23% declined to take a position. If this latter group are put to one side, a clear majority, 56%, favor ending the union shop. That finding is consistent with the public’s overall opinion of teachers unions, we found—as only 30% say they have had a positive effect on schools and 39% say they have a negative effect.

The more startling results came from the teachers. Only 38% of teachers favor the agency fee, while 50% opposing it, with the remaining 13% expressing no opinion. In other words, 57% of teachers with an opinion on agency fees disagree with the American Federation of Teachers and the National Education Association.
It seems to me that E4E is not only dismissing Rebecca Friedrichs’ personal story but also ignoring the opinions of most teachers nationally.
Common Ground
On a more positive and hopeful note, there are certainly spaces where AFT, E4E and the rest of us can find common ground: ending zero tolerance policies, improving teacher preparation and more equitable funding to name a few.

But I don’t see common ground here in the case headed to the Supreme Court Monday. On the contrary, a decision in favor of Friedrichs will be just the push the unions need to change from within and transform themselves into professional organizations that incentivize excellence and treat their members like true professionals. Coercing people to be members of a union doesn’t only fly in the face of democracy but it also suggests that union leadership is well aware that they aren’t serving their members as well as they could be. If they were, they wouldn’t have to force them to join or force them to pay.

Friedrichs v CTA at its core is about freedom of speech and freedom of association, tenets that E4E embraces. They have erred by standing beside someone as influential as Randi Weingarten while she viciously impugns the character of teachers who’ve decided to stand up against an organization that they believe has violated those rights.

That’s not leadership. That’s fear.
What do you think?

One thought on “A Disappointing Alliance”