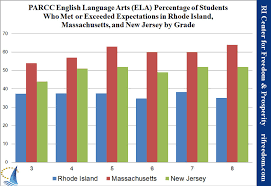 A new piece by John Mooney at NJ Spotlight reveals that New Jersey is outperforming most other states but still trails Massachusetts, a frequent test score leader. Mooney also points out that the other PARCC states of my state of Rhode Island, as well as Arkansas and Colorado performed markedly worse than both New Jersey and Massachusetts.

Mooney also highlights New Jersey’s Teacher of the Year in the 2000, Katherine Bassett, who now heads the National Network of State Teachers of the Year and who just this Fall embarked with twelve other top educators on a study comparing the former NJ
state test (NJASK) to PARCC. 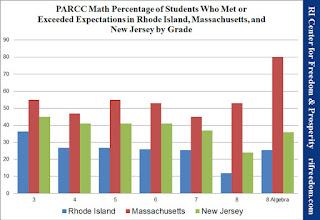 Their findings in the words of Bassett:

“You went from a good to test to a better test.”

Their study rated NJAS pretty high but found that PARCC was superior in testing for analytic, critical thinking, and research skills.