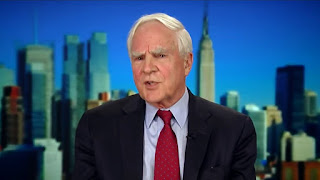 Kaya Henderson is the antithesis of educational malpractice. She embodies the courage to empower, protect and nurture children no matter how uncomfortable or politically difficult. Her energy, her honesty, and her results put her in the category of what the late Texas teacher Rita Pierson used to call a champion for kids.

Merrow has a penchant for ignoring facts he doesn’t like, and it’s clear that he has done that when it comes to Kaya Henderson. If he had put aside his preconceived notions and written something of value, he would have included the following about Washington D.C. schools under Kaya’s tenure:

The district’s four-year graduation rate has increased by six points in the last year. Parents are choosing to send their children to DCPS, as seen by steadily increasing enrollment numbers,  and student satisfaction is also on the rise. The district as a whole is the fastest improving urban school district on NAEP and TUDA, and the district’s 9th grade promotion rates, a hugely predictive metric of high school completion, has also increased.

If John wants to have a difficult and serious conversation about educational malpractice, perhaps he should meet with the families of SAND elementary in North Hartford and hear about how color-coded stickers were placed on the backs of special needs and English language learning children for a principal training exercise.

Perhaps he’d like to talk with the students in Castlemont and Fremont high schools in Oakland where, according to one of the attorneys in the case against the state, “many students in California’s most disadvantaged schools were put in fake classes, made to run errands, sit in the back of classrooms or go home early.” The state settled and the practice of creating ‘sham’ classes has ended.

Or maybe he wants to interview families from Montgomery County, Maryland who found out that their children had been sexually abused for years by a music teacher after he was deemed ‘unsafe’ by the principal — or countless other victims of similar exploitation across the country.

He could talk to teachers who cry knowing that the students who grew so much with them last year are now regressing in a room down the hall.

He could talk to present and former school board members (myself included) who have watched union attorneys protect adults who are literally doing damage to children in their classrooms.

He could sit down and listen to the countless adults who, despite being told by teachers and counselors that they were “not college material,” went on to earn bachelor’s and master’s degrees anyway.

He could talk to the many parents whose children have built phenomenal relationships with their special educators only to have that person “bumped” out of the position by a more senior person who has never even laid eyes on their child.

If Merrow really wants to have a conversation about educational malpractice, he should spend his time listening to the customers–the parents, who are obligated by law to enroll their kids in schools that they don’t get to choose unless they can afford to pay for another option. And he should be listening to students. Many get lucky (mostly the affluent ones) and the product is good, sometimes even excellent.  Far too many others, most of whom are low-income parents and students of color, are forced into schools they don’t want because children’s futures simply don’t look bright there.

So, yes John, please join us for a discussion about educational malpractice. You will find that Kaya Henderson is part of the discussion only when we get to the part about courageous leaders taking on a broken status quo — that is unfortunately protected by pundits like you.
What do you think?