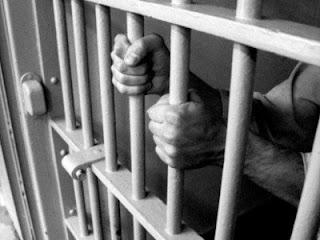 It’s all I could do not to jump through the screen to protect the Spring Valley High School student student being yanked from her desk and dragged across the floor of her classroom while her teacher and classmates just watched. She resembles so many of my former students and each time I watch the footage, my heart breaks not only for the young woman in the video but also for ‘my girls.’ (For video, click here.)

This kind of response by an authority figure is indefensible and it is becoming increasingly clear to me that those selected to be School Resource Officers either need to be the right fit for kids or need to be kept out of our school buildings. Period.

During my time as a Dean of Students at an urban high school, we didn’t have a school resource officer. I was the one most often called to classrooms to remove disruptive and defiant students from class so the lens through which I watch the video out of South Carolina is very personal.

There were times when despite my quiet entry into a classroom and discreet request for a student to come with me, they refused. Sometimes after repeated requests and my best efforts, they still wouldn’t budge.

Never did I (or would I) put my hands on a defiant student in a threatening or violent way to get them to do what I wanted. My default strategy when dealing with this kind of defiance was to see if another adult in the building could have more success than I was having. Often adolescents respond better to someone else who is removed from the situation or who they may know better, like better, or trust more. I can’t think of a time when this strategy wasn’t ultimately successful.

Based on what I’ve learned the past week out of Pawtucket, RI and now Columbia, South Carolina, my former students could have been arrested if we had employed a School Resource Officer. They could have ended up with criminal records because of something that isn’t even a crime.

I’m not yet ready to say that there is no place for law enforcement in our schools. Truth be told, there are many officers in these roles who are uniquely skilled at de-escalation and diffusion and who become strong supports and even mentors in the lives of their students. But it is very concerning that students of color are far more likely to be in schools that employ law enforcement officers because it means they are also far more likely to be arrested in school. Despite rampant drug use and sales on some high school campuses where the majority of students are white, they will not face arrest during the school day because they are in a police free zone.

Yes. That’s right. The kid selling cocaine at school (and we all knew one) will skate free but the student who refuses to leave class will be arrested and forever be ‘in the system.’ This is unconscionable. We have to be better than this.

I am ready to say that the wrong people can’t be in these positions. Period. We cannot risk our young people getting tangled up in the criminal justice system because they refuse to step out of class or follow a direction. These are kids. They are supposed to make these mistakes and learn from them. They are supposed to have adults work with them to respond to conflict in productive ways. They need us to support them, guide them, stick with them, not drag them across the floor risking physical harm and likely guaranteeing some sort of trauma.

The goal for our kids who struggle with defiance or or volatility is that they learn skills and strategies over time that help them to better handle difficult situations. Our job as adults is to work with them so that they are set up for success the day they cross that stage to accept their diploma. Anyone who thinks we should be able to push a button to get kids to instantaneously act the way we want them to needs to get out of the business of working with kids. Today.

My heart broke a little in watching how the Sheriff’s Deputy chose to harm a student he is employed to protect. He reflects so poorly on his colleagues across the nation who are responding to kids the right way and he also shines a light on what is clearly more common in America’s schools than many of us realize.

This is not ok. Our silence will just be further evidence that our students of color don’t have the allies they need and deserve.

If ever there were a moment to become a white ally, this is it.

Imagine if that were your child.

One thought on “Imagine If That Were Your Child”